The end of guest checkout is here 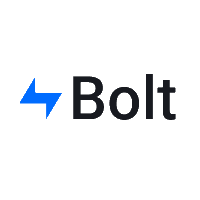 Since the beginning of 2020, the top 1000 retailers have increased their market share to over 84%, mostly at the expense of smaller, independent retailers. At the same time, online shoppers are more conscious than ever before, and a recent study by SiteCore shows that 40% of U.S. shoppers would like to reduce the amount of shopping they do on Amazon — with one of the top three reasons being the desire to help independent retailers.

As today's shoppers are looking for alternatives that still offer the convenience of one-click checkout and the perks of being a loyal shopper, it doesn't come as a surprise that the shopper network is experiencing rapid growth. Bolt Financial is projecting that their Bolt network will interact with eight out of every ten shoppers in the United States by 2025, meaning the retail industry is on the edge of a revolution that will see independent retailers reclaim their direct-to-consumer (D2C) relationships and the end of guest checkout.

The Shopper Network Is The New Telephone

When the idea of the "network effect" was first studied, economists focused on land-line telephones (remember those?). The telephone is a classic illustration of the network effect: Every new person who got a telephone in the early 20th century made the overall network of phones more powerful — and eventually put an end to the telegraph. Today, the shopper network is the new telephone.

In a shopper network, shoppers sign up for a single network account that will give them the ease, convenience and security of checking out with one click on any retail site within the network, keep track of all their orders from any network merchant and get all the perks of individual store accounts, all without the need for a single username, password or storing their information on multiple sites. So naturally, every new merchant who joins the network raises the value of the entire network by giving shoppers even more sites to shop in the network — the network effect.

On the flipside, retailers also see the network effect because as more shoppers checkout with the ease of one-click checkout, average conversion rates increase up to 75% and 39% of shoppers complete a return purchase, all of which leads to a 23% increase in AOV. And the more the network grows, the more transactions are "network-driven," meaning the shopper already created an account on another site but gets the logged-in return shopper experience even on a site they never shopped at before.

That network effect is in full steam with over 7 million shoppers already in Bolt's network, and tens of thousands of shoppers joining each day—leading to the inevitable rise of independent retailers and the end of guest checkout on the internet.

Merchants who join a shopper network benefit both at the top of the funnel and at the bottom.

At the beginning of the shopping experience, merchants see a 25% or more increase in store account creation. Why? Because in a shopper network, creating a store account is as easy as checking a box and that new store account is automatically tied into the shopper’s existing network account. This eliminates the need for lengthy registration forms or multiple usernames and passwords for the shopper to remember and the linked store accounts help retailers upsell, cross-promote, and market directly to consumers, in addition to owning the relationship with their customers.

At the bottom of the funnel, retailers also see faster checkout and higher conversion rates thanks to the one-click checkout experience, meaning they are closing sales more effectively and efficiently.

While this accelerated performance matters, what’s even more important is that merchants can reclaim their D2C relationships in a way some never could in the past. They can keep their own branding and personalization from end to end, through loyalty programs, product recommendations, and membership rewards. And all the while, they can be sure that their customers are receiving a safe, fast, and simple shopping experience secured by the network.

The Retail Revolution Has Begun

At Bolt, we've always had a belief that every single merchant — digital or physical — should be able to use the power of the Internet. They should be able to compete on a level playing field, and they shouldn't need to break the bank or reconfigure their businesses to keep doing what they’ve done. We've tried to level that playing field for them with the Bolt network of shoppers and retailers, and we’re starting to see now that it’s not just possible — but potentially revolutionary. Read the full story of why the end of guest checkout here.

View all
Read next
Latest in Retail