Mitigating fraud in the payments industry 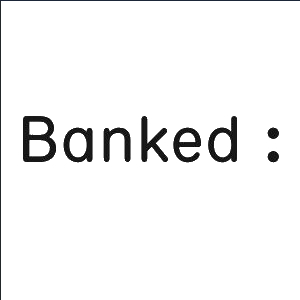 There’s no escaping the fact that financial services technologies often bring with them new ways for fraudsters to commit cybercrimes. And with the growing popularity of open banking, which allows third-party financial service providers to gain access to consumer financial data from banks and financial institutions through application programming interfaces (APIs), the issue of fraud has come to a head.

Fortunately, there are specific countermeasures companies can take to discourage such unwanted activities from running rampant. One such way is rejecting the practice of screen scraping as a method of harvesting personal banking data.

"At Banked, we’re highly allergic to doing this. In fact, we don’t want to know your personal information because we witness other providers under the constant threat of cyber attacks, where criminals are making massive inroads with the theft of sensitive consumer data, putting people’s personal and financial lives at risk. As a solutions-based provider, we’ll do anything possible to mitigate the risk of hurting consumers, and screen scraping has no place in that model,” Pettersson adds.

One safer alternative to screen scraping is APIs, which integrate with banking partners. By securing data programmatically as opposed to storing account credentials, consumer information is kept out of the hands of those determined to do harm.

Risk mitigation also means actively avoiding the orbit of prospective strategic banking partners who lack their own robust fraud protection mechanisms. In fact, at Banked, candidates must pass certain fraud score thresholds before they’re deemed viable for inclusion into their network. Furthermore, even after striking alliances, Banked partners are monitored on an ongoing basis to make sure they rigidly maintain their high benchmarks. Those who relax their standards too much may find themselves removed.

For example, in Europe, where Banked has observed the largest-scale deployment of its product to date and have positioned themselves as fraud experts, there’s been more than a 98% reduction in fraud for merchant partners due to the usage of alternative customer authentication processes, such as biometrics. A similar trend is expected in the U.S. as Banked gears up to foray into the region.

“From a consumer point of view in the States, the same intrinsic properties exist in our product,” notes Pettersson. “We aim to offer U.S. consumers the same assurances as in Europe because no matter where you are, everyone has the right to feel confident when they do business.”

According to a recent study conducted by Banked in the U.S., more than 73% of consumers use more than two payment methods monthly. It’s not only about gathering benefits and rewards. Many people switch from one payment method to another for budgeting reasons.

By connecting consumers to their banks through secure APIs, Banked provides end users additional choice, full transparency and control. Users can check their available funds and account balance before confirming their payment, giving full visibility to the payer and preventing overdraft penalties and failed transactions. Banked also allows consumers to switch to a different bank provider and select an account where they know they'll have enough funds to complete the transaction, giving additional choice at the point of payment and preventing unwanted situations between consumers and merchants.

These relationships will also increase the bottom lines for the merchants and vendors who deploy the feature—mainly due to the money that would otherwise be spent on fines and paybacks to customers who experience theft and false charges. Simply put: dealing with the consequences of fraud is pricey. Put another way: fraud protection is good for business.

“If they can massively reduce the incidents of fraud—especially with debit or credit card products, the penalty and reimbursement costs fall off a cliff for merchants and for banks, and it gives consumers emotional peace of mind. In other words, fraud reduction benefits all parties in the online ecosystem,” Pettersson adds.

While the majority of fraudulent activity deals with theft from outside cyber attackers who hijack personal account information, “friendly” or “first-party” fraud is growing. This is when consumers or account holders themselves make a false claim—and not outside attackers. Perhaps a consumer calls an online retailer’s customer service desk to complain that his package never arrived—even when the shiny new sneakers he ordered are comfortably on his feet. Naturally, this is a harder type of issue to prove and prevent, but it’s important for banks and companies to intervene if they detect bad-faith activity.

“It’s true that this is difficult to solve because it requires an understanding of a person’s intent. But, if we learn that a customer claims that a pair of shoes never came from six other vendors we support, we may make the decision not to be involved with the seventh shoe purchase,” notes Pettersson. “This type of sophisticated reputation management requires making the best judgment call possible, under a given set of circumstances. We recognize the importance of this, and aim to solve it in the U.S. as we have in the UK and EU.”

Fortunately, however, the vast majority of transactions are clean ones. This ultimately empowers many people to enjoy a degree of safe purchasing power otherwise unavailable to them.

“And this isn’t just good business,” notes Pettersson. “It’s morally and ethically the right thing to do.”