What payments can expect from Washington this year

From buy now, pay later to peer-to-peer payment fraud, there’s no shortage of payments targets for lawmakers and regulators.

Rapid changes in the payments space have given regulators and legislators plenty to focus on, and this year, that’s likely to include buy now, pay later, peer-to-peer payment fraud and swipe fees.

“There’s just much more activity and concern about these payments issues than has been true maybe at any other time,” said Doug Kantor, general counsel for the National Association of Convenience Stores.

Recent actions, including the Federal Reserve’s debit rule clarification and the Federal Trade Commission ordering Mastercard to stop blocking merchants’ use of competing debit networks, suggest the payments industry faces more regulatory scrutiny than ever before. Kantor noted it’s rare that such industry events involving different federal entities would occur within months of each other.

Issues such as open banking, privacy and data issues and cryptocurrency also are expected to draw regulatory attention in the coming months. That’s against a backdrop in which Consumer Financial Protection Bureau Director Rohit Chopra has taken an interest in payments; the Biden administration is pursuing antitrust concerns; and a new chairman of the House Financial Services Committee, Patrick McHenry, (R-NC), has taken control of a powerful committee overseeing fintech and payments issues. The Senate remains under Democratic control.

The CFPB’s inquiry with respect to the five biggest BNPL players and its subsequent report in September 2022 showed the agency is considering new rules directed at the installment trend, to ensure BNPL providers are adhering to laws that apply to credit card companies.

“The CFPB certainly seems motivated to bring BNPL under the regulatory umbrella that currently exists for similar products,” said Ed deHaan, professor at the University of Washington’s Foster School of Business.

Potential new BNPL guidelines could include disclosure requirements on the transactions, in an effort to increase transparency for consumers, attorneys and academics said.

Michael Guerrero, a partner at law firm Ballard Spahr, also expects the CFPB might impose dispute protections for users, potentially looking at what’s provided to credit cardholders “as a guidepost,” as well as requirements for reviewing a borrower’s ability to pay and reasonable penalty fees.

On that front, Affirm, the largest independent BNPL provider in the U.S., just this month gave the agency new reason to increase scrutiny. A “technical” snafu at Affirm last week led to erroneous, duplicative charges for some of the company’s customers on their installment loans, triggering overdraft fees in some cases from some banks.

Since the CFPB has expressed concern with loan stacking, deHaan said he expects the bureau to push BNPL providers to submit information to credit reporting agencies.

Although credit bureaus seem eager to take information from BNPL providers, few are reporting to the credit bureaus, said deHaan, who has conducted research on BNPL.

“That’s a major oversight in the industry,” he said. He expects that to be a significant regulatory shift this year. Spokespeople for credit reporting agencies Equifax, Experian and TransUnion didn’t immediately respond to requests for comment on the status of current BNPL loan reporting, but some have previously said they’re seeking to adapt their services to take the young industry into account.

The regulatory response to BNPL could still be taking shape, as the CFPB keeps a close eye on consumers’ ability to repay loans. Some academics have warned that consumers could find themselves in a “debt spiral.”

Although Sen. Dick Durbin (D-IL) has said he will reintroduce the Credit Card Competition Act of 2022 this year, some industry observers are skeptical it will pass, given Republicans taking control of the House this year.

“With the change in control of Congress, I don’t know if there’s going to be an appetite to reintroduce that bill," said Capco Managing Principal Daniela Hawkins.

The legislation, which seeks to inject more competition into an industry dominated by Visa and Mastercard, falls in line with the Biden administration’s focus of curbing market power in certain industries.

Leaders of industry-friendly trade groups, including the Electronic Transactions Association and the Electronic Payments Coalition, expect the House of Representatives and its new Republican majority will be less receptive to the idea than the last Congress.

The legislation has spurred “grassroots” pushback due to the potential threat to credit card rewards, argued EPC Chairman Jeff Tassey. Once new members understand the legislation, which failed to gain traction in the last Congress, “we feel that the outcome will be the same,” Tassey said.

Backers of the bill contend it’s a bipartisan concern that Durbin and his cosponsor from last year, Sen. Roger Marshall (R-KS), will still be able to move forward.

“It’s a new Congress where there’s a lot of potential avenues, legislatively,” said Kantor, who is also an executive committee member for the trade group Merchants Payments Coalition. Last year, “the menu of what was going to occur was much more limited.”

Questions remain around the technological aspect of what the legislation seeks to mandate, including for potential new entrants – like debit networks such as NYCE, Star, Accel, Pulse and Shazam – as they seek to become viable alternatives to Visa and Mastercard. If it passes, consultants said, it’s likely to have a major impact on credit card issuers, acquirers and the card network companies.

Democratic Sen. Elizabeth Warren’s crusade against peer-to-peer payment fraud on Zelle has sparked debate about authorized and unauthorized transactions, and who is liable for fraud when users have been scammed.

In October, Warren called on the CFPB to amend Regulation E of the Electronic Fund Transfer Act to enhance consumer protection as it relates to peer-to-peer payment platforms. A spokesperson for Warren’s office didn’t immediately respond to a request for comment.

The issue has clearly captured Chopra’s attention, payments players said. ETA CEO Jodie Kelley said her discussions with Chopra on the topic have focused on the degree to which liability can be imposed for authorized transactions that users say they were duped into making.

Payments attorneys expect the CFPB will issue guidance on that front later this year. The bureau seems to be focused on the types of services, such as Zelle, “that purport to not be subject to the Electronic Funds Transfer Act,” Guerrero said.

The agency may expand on the definition of “unauthorized,” as it relates to electronic fund transfers, the attorney said. It may also revisit regulatory interpretations for the device through which fraud occurs, he added.

Ultimately, the CFPB’s moves could be inadequate though, and Congress may need to take up the P2P issues for a more thoughtful approach, Naimon argued. 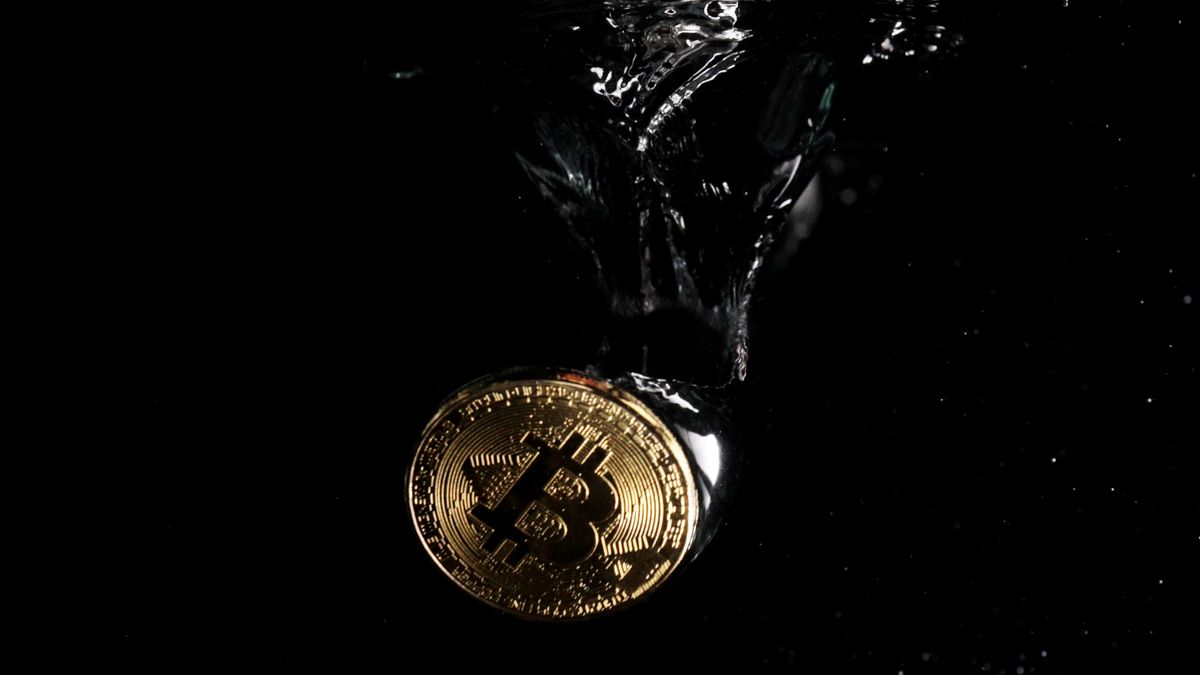 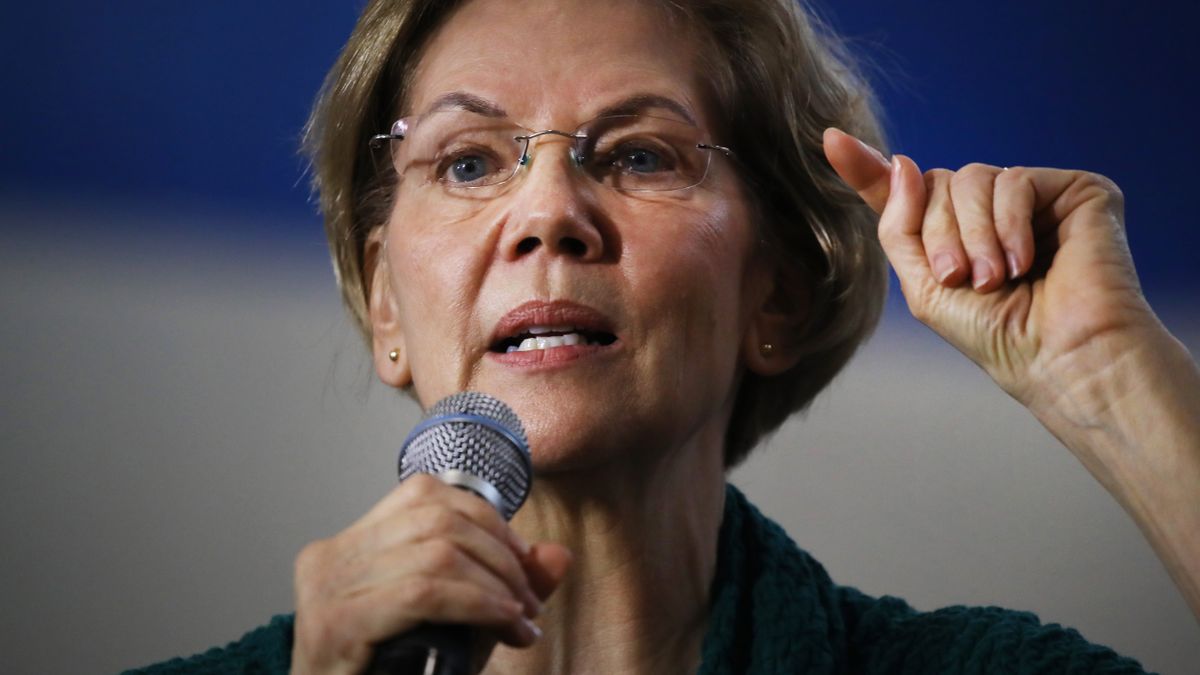 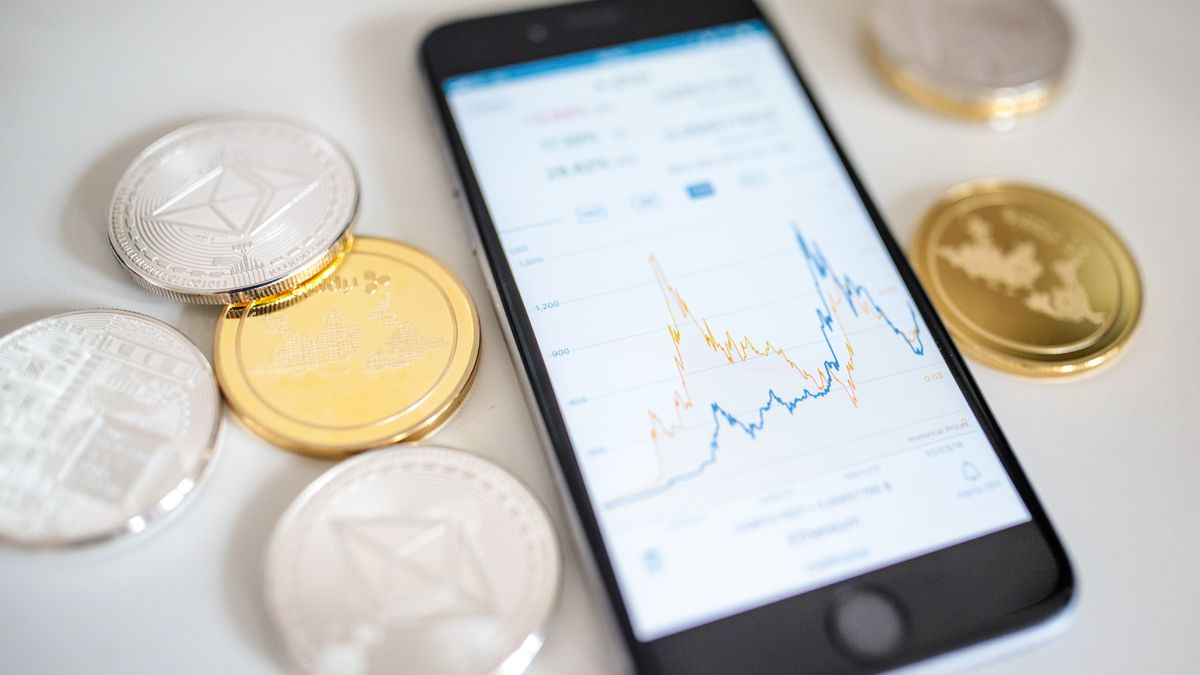 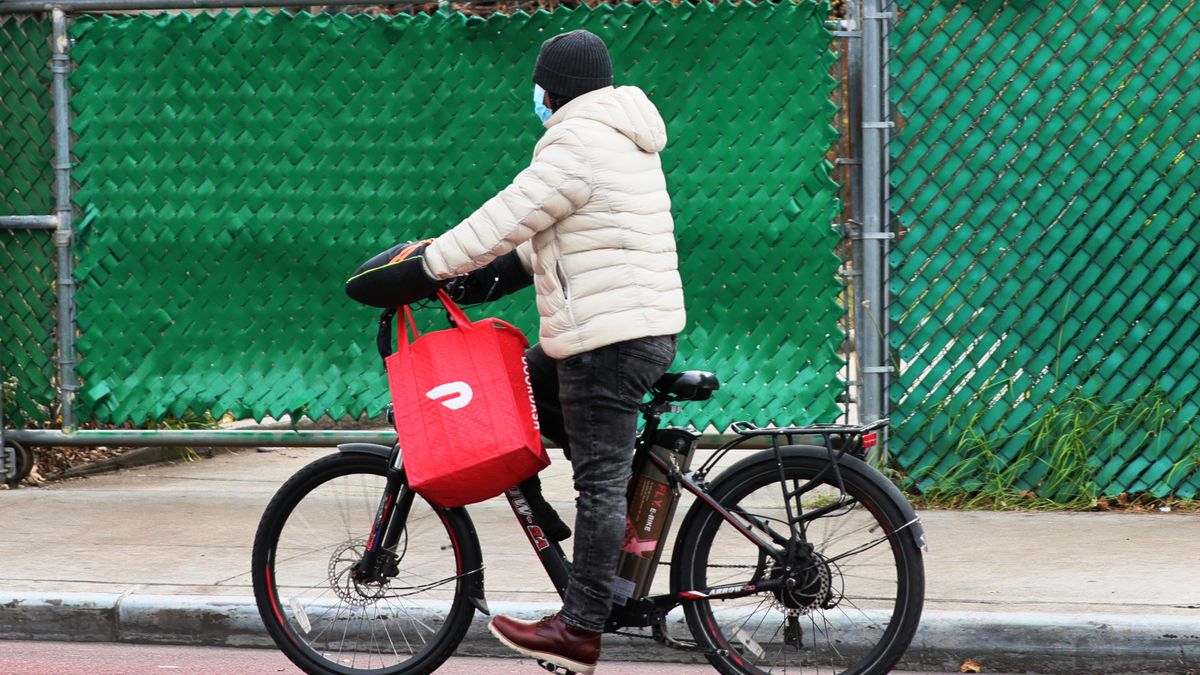 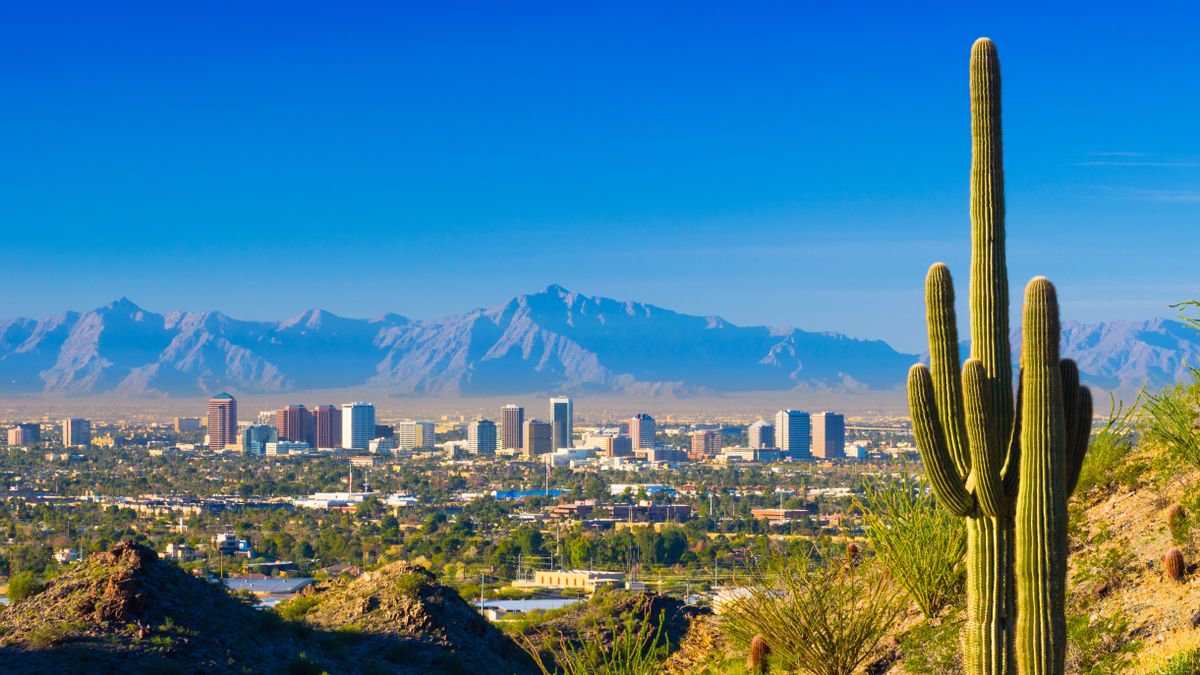 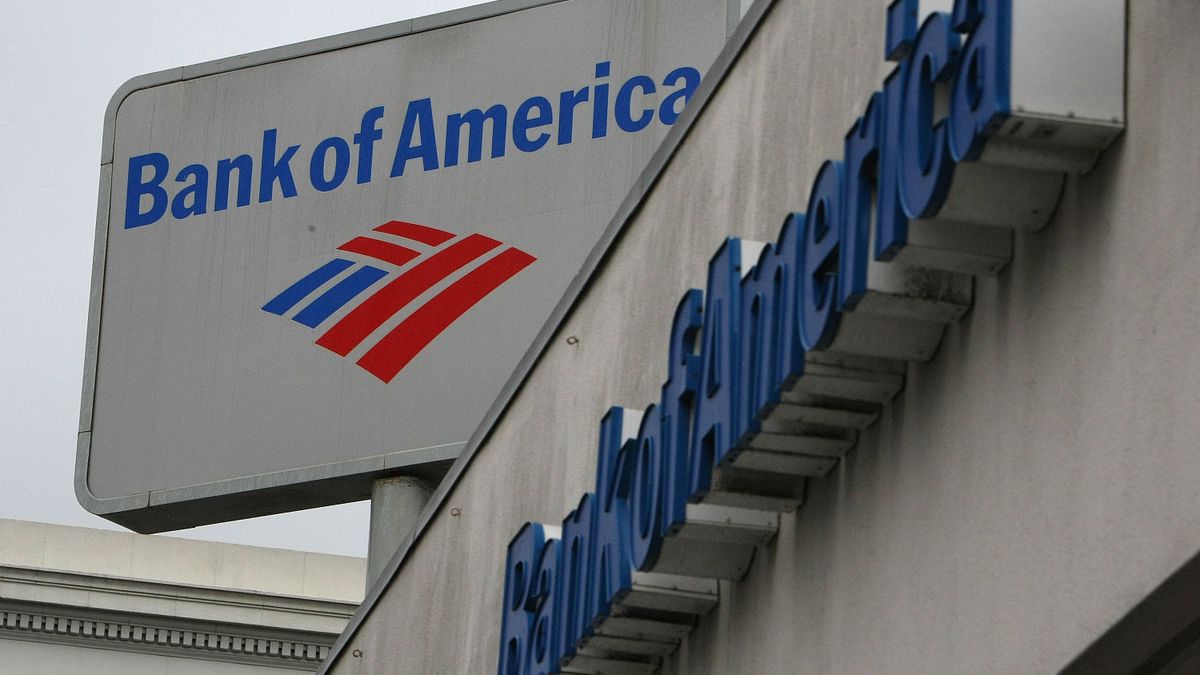