The frequent use of these digital payment apps and mobile wallets by low- and moderate-income Americans “opens a tremendous social and business opportunity for the companies developing the technology,” Commonwealth Cofounder and Executive Director Timothy Flacke said in a news release on Tuesday.

The nonprofit has previously noted nearly 60% of Americans are using more apps to manage their money than was the case prior to the COVID-19 pandemic.

Low- to moderate-income U.S. households are turning to payment apps like PayPal (71%), Cash App (48%), Venmo (14%), Apple Pay/Apple Cash (14%), Google Pay (9%) and Amazon Pay (4%) for transactions, according to Commonwealth's survey results. Non-Black and male respondents were more likely to identify PayPal as one of their most frequently used apps, while Black and female respondents said they more frequently used Cash App, a service provided by the company Block.

Gandotra said she was struck by the “very high level of demand” for savings products within these apps. She acknowledged that there are savings offerings in the market, “but products can be made better.” User-centered design is important, and payments companies, banks and fintechs should consider the level of friction involved and whether messaging is inclusive, she said.

“There’s a very clear business case for wallet providers, for payment apps to do this,” Gandotra said.

About 64% of respondents use digital payment apps to pay friends and family, 46% to pay recurring bills, 41% to pay for groceries and 37% receive payment for work in these apps while 14% use them to pay their rent or mortgage, Commonwealth said.

While 48% quickly move money from these apps into another account, about 40% of those polled leave some money in their payment apps.

Those polled were especially interested in savings offerings that don’t have hidden fees and that ensure privacy and security, Commonwealth said. Ease of use was key, too.

Overall, 45% of the respondents already save daily or weekly. Saving for emergencies and short-term expenses were the most commonly identified uses for a payment app savings product, which illustrates the need these consumers have for liquid accounts that promise quick access to funds, Gandotra said.

“This is important because short-term liquid savings is foundational to longer-term financial security,” Gandotra said.

More than eight in 10 respondents expressed interest in savings services like rounding up from a transaction amount to contribute to savings or cashback rewards. These respondents preferred "automated savings with control," Commonwealth report said. 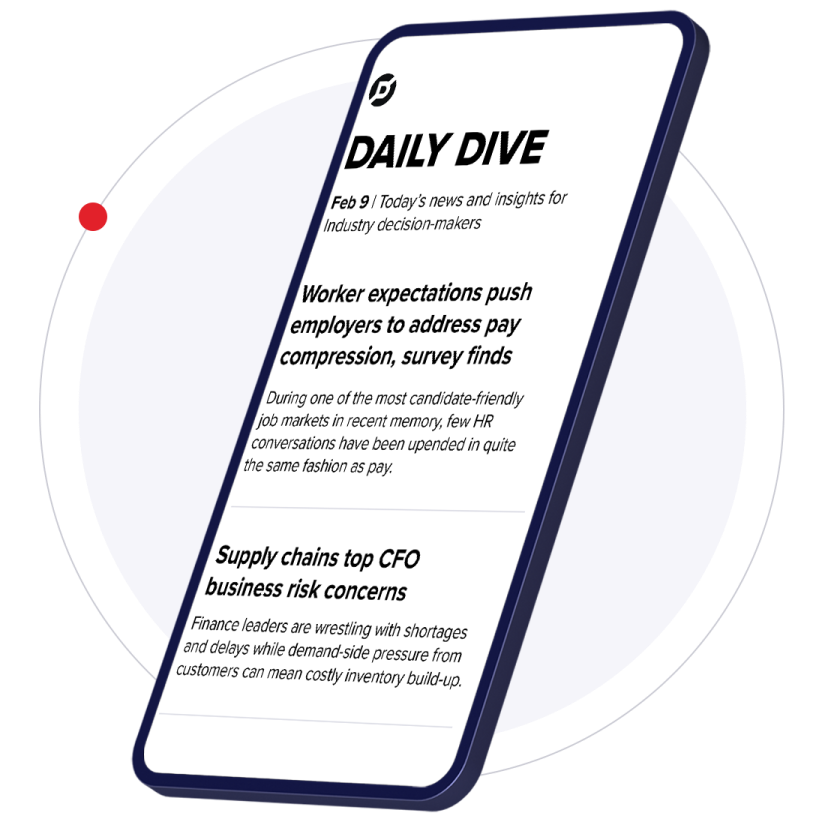 View all | Post a press release
Industry Dive to be acquired by Informa PLC
From Industry Dive
Axletree Partners with Orbit to Offer a TMS with Native Bank Connectivity
From Axletree Solutions Inc.
DailyPay Welcomes Mike McKeon as Senior Vice President of Channel and Partnerships Strategy
From DailyPay
Editors' picks
Latest in Banking
© 2022 Industry Dive. All rights reserved. | View our other publications | Privacy policy | Terms of use | Take down policy.
Cookie Preferences / Do Not Sell