Mastercard, PayPal, Fiserv and Stripe gave the Federal Reserve feedback on a central bank digital currency, pointing out key requirements and cautioning about the outcome.

After the Federal Reserve issued a long-awaited report on the possibility of its issuing a central bank digital currency, it also asked for input from the public. Card network giant Mastercard, digital pioneer PayPal, mega-processor Fiserv and fintech Stripe are among dozens of companies and organizations that have weighed in, with their comments now publicly available for viewing on the Fed’s web site.

Many companies have taken the opportunity to pitch their expertise in the area and offer assistance to the Fed as they answer the questions the central bank posed in a questionnaire and provide additional input about the prospects for a central bank digital currency, also known as a U.S. digital dollar.

The Fed’s 40-page report on a CBDC landed in January, suggesting possible ways a CBDC could enhance the current U.S. payments system, but also voicing concerns about implementation. While exploring the possibility of issuing a CBDC, the Fed didn’t take a position on whether it would pursue any such plan. As Fed officials have commented publicly on the issue, they’ve taken varying positions.

Fed Chairman Jerome Powell initially promised in May 2021 to deliver the report last summer, but postponed publication several times, as the Fed grappled with other issues, including the resignations of several board members and rising inflation. The comments from companies, consumer advocates, trade groups and everyday citizens are aimed at helping the Fed determine its course with respect to a CDBC.

Meanwhile, many countries are racing ahead with issuing, piloting or making plans for their own digital currencies as the world embraces the concept of money evolving into a electronic form. The Fed is trying to discern its own way forward on the issue as it considers how best to preserve the dollar as the global reserve currency.

Below are some highlights from the many pages of commentary provided by Mastercard, PayPal, Fiserv and Stripe to the Fed to guide its consideration. While a deadline for the comments was in May, the comments have received little, if any, coverage.

In a 19-page document the card giant labeled as “strictly confidential,” despite the public nature of such comments to the Fed, Mastercard emphasized the need for the Fed to retain a U.S. payments system in which it works closely with private players, referred to as a two-tier system, if it decides to move forward with a CBDC.

“This approach ensures that the Federal Reserve retains institutional governance over core monetary infrastructure, while relying on private sector competition to drive innovation, efficiency, and a diversity of offerings,” Mastercard said in its May 15 letter.

Still, Mastercard’s letter made clear that the card network company isn’t sold on the idea of creating a CBDC and the company said outright that it believes more study is needed before proceeding toward one. Paramount would be better understanding what the design of a CBDC would look like and how it would interact with the existing payments system, the company said.

Ultimately, Mastercard cast doubt on the country’s need for a digital dollar and extensively explored how a CBDC might negatively affect the current banking system if consumer deposits shift to a CBDC in an unsteadying way.

The Purchase, New York-based company also noted that private companies in the existing system can accommodate the current trend in which cash use is declining and address other issues, such as the need for improvements in cross-border payments options.

“While a CBDC could play a role in payments innovation, increased financial inclusion, visibility into economic activity, and improved efficiency of national and international payment flows, all of these potential benefits can also be achieved through facilitation of a vibrant private sector and competition in payments,” Mastercard said.

Indeed, Mastercard contended that linking to the existing U.S. payments network would be the only way to ensure that there was broad adoption of a CBDC, if the Fed does pursue the concept.

The digital payments company PayPal was supportive of the Fed’s consideration of a CBDC and said that the U.S. “should take a leadership role in this space.” It also offered its services for further exploration in testing and pilots.

“PayPal agrees with the Board that a ‘CBDC would represent a highly significant innovation in American money’ and, if properly designed, could provide individuals and small businesses with substantial benefits, including increased access to financial services, lower costs, faster transaction speeds, enhanced privacy, and greater optionality, leading to overall improved financial health,” PayPal said in its May 20 letter.

With respect to “financial health,” PayPal focused extensively in its 15-page letter on discussing how a CBDC might address the issue of unbanked and underbanked consumers, meaning those that don’t qualify for use of existing U.S. financial services or don’t want to participate in that system, for whatever reason. It also explored the significance of declining cash use with respect to consideration of a CBDC.

“While a U.S. CBDC may not succeed in converting all unbanked and underbanked persons into those that fully utilize the needed financial services, even impacting a small percentage of the 20% of U.S. households that are underbanked is worthwhile and should be fully considered,” the San Jose, California-based company argued.

In addition, PayPal contended that a CBDC could make cross-border remittances more efficient and cost-effective; better support small businesses as cash use declines; be responsive to younger generations that are increasingly embracing mobile digital services; give low-income consumers an alternative to high-cost services such as those provided by payday lenders; and provide the U.S. government a better means of distributing payments.

PayPal urged the U.S. to step up its pursuit of digital dollar ideas, and do so in collaboration with the private sector. “The U.S. government and the Board should actively explore and consider new digital forms of money that can most effectively operate in an increasingly digital world. PayPal believes that a digital dollar could be a logical next iteration to futureproof the U.S. dollar,” PayPal said.

The ideal CBDC would ensure privacy for users, be intermediated by private companies in the ecosystem, allow for identity-verification, increase cybersecurity for payments, automate settlement processes and be widely transferable, PayPal said. “It is critical that a U.S. CBDC be offered and distributed through both regulated banks and non-banks,” the company said.

Ultimately, PayPal sees a CBDC as a possible answer to fixing the currently flawed payments system.

“As it stands today, the current payment rails are inconvenient and expensive, taking days to settle transactions, providing limited visibility to businesses conducting international payments, and charging high fees — especially to lower-income and underbanked segments of the population that are forced into costly check cashing, money order, payday lending, and remittance services,” PayPal said in its letter. “Technology and regulation provide an opportunity to reshape the financial system.”

Fiserv, a major worldwide payments processor, took a more skeptical view of the potential benefits of a CBDC and said it is difficult to assess the prospects without more information about a specific proposal.

For any further consideration of the idea, Fiserv said it “urges the Board to clearly define what market conditions a CBDC would be addressing, how long it would take the Board to fully deploy a CDBC, and to solicit further input from the public.”

“As the Board continues to contemplate the creation of a CBDC, we believe it is vital for the Board to take stock of the emerging technologies, products, and services at each phase of a CBDC review,” Fiserv said in its May 20 letter. “It is important for the Board to understand the speed with which products are being deployed and their adoption rates.”

Fiserv said it doesn’t support or oppose the idea of a CBDC, but it called on the Fed to be cautious about proceeding with a digital dollar. “A CBDC has the potential to irrevocably alter the balance of the financial system in the U.S., requiring purposeful and careful consideration by the Board of all potential impacts,” the letter concluded.

The fintech, which has dual headquarters in San Francisco and Dublin, said a CBDC could support innovation, promote competition and make for a more inclusive financial system, but it will need to be designed in the right way to realize those potential benefits.

Stripe called on the Fed to consider security, interoperability and the need for public-private partnership as key for any development of a CBDC.

“We encourage the Federal Reserve to fully leverage the expertise of the private sector through deep, ongoing, and technical dialogue,” Stripe said in its May 20 letter.

The company also touted its worldwide experience in studying digital currencies and suggested it could aid the Fed in its CBDC exploration.

“We look forward to continuing this important dialogue and to advancing our collective understanding of the potential benefits, risks, and design of a U.S. digital dollar,” the company said in the letter signed by Katherine Carroll, its global head of policy. 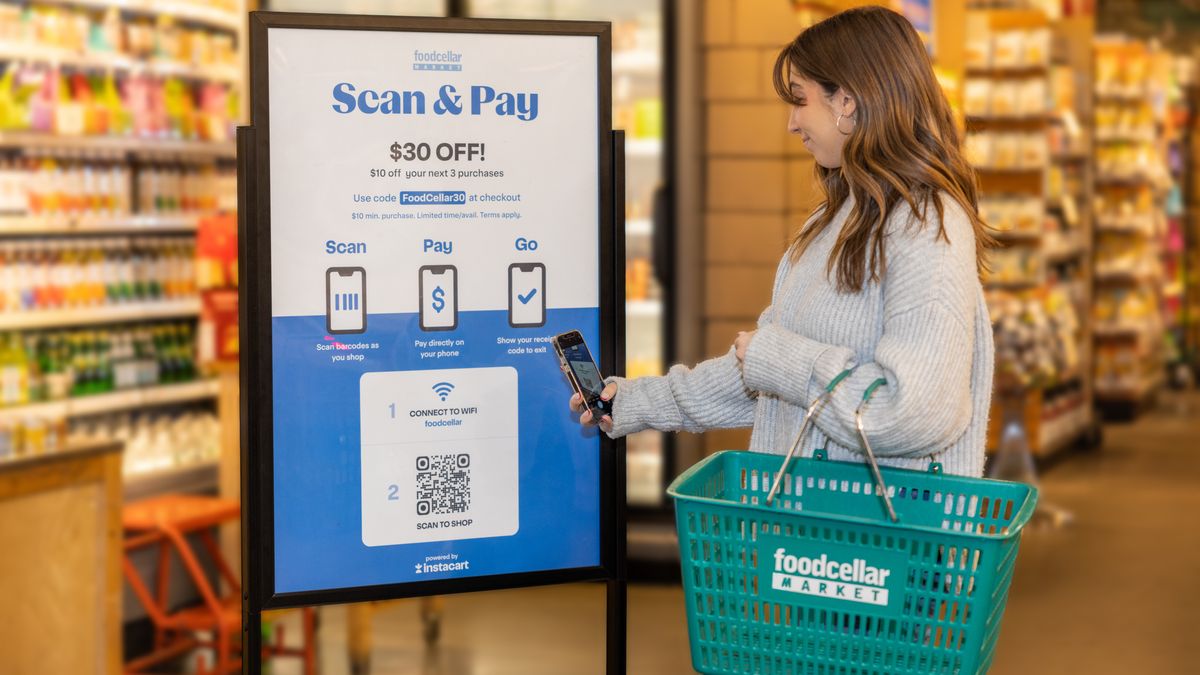 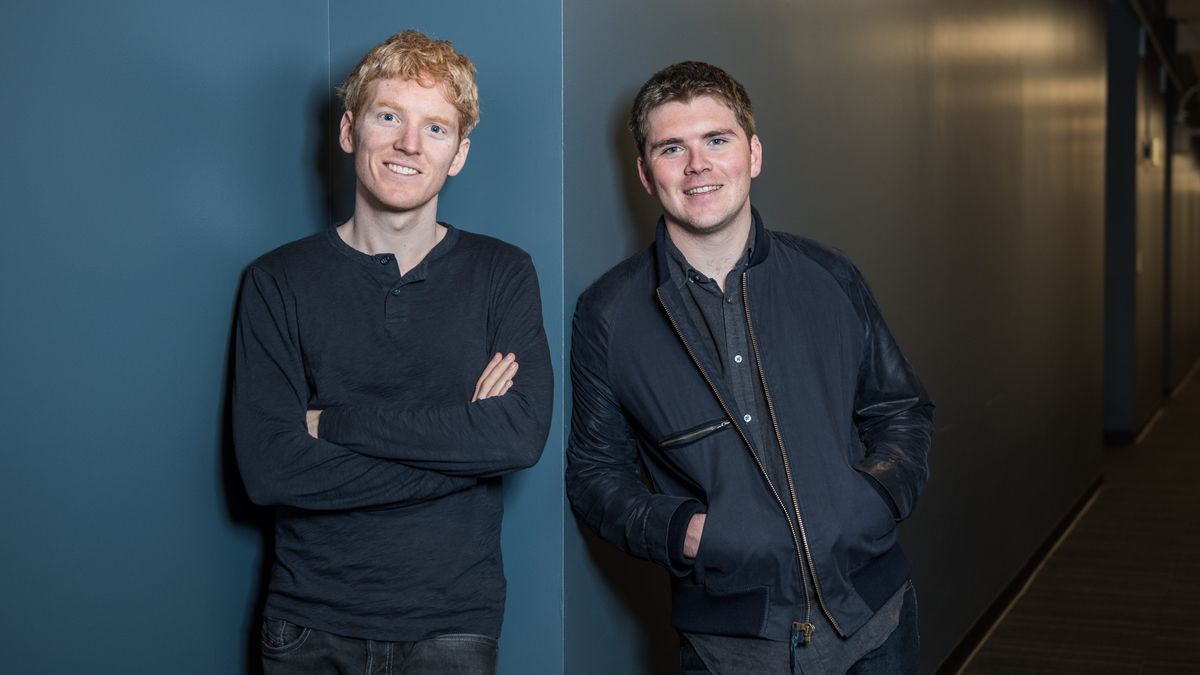