Bank Policy Institute's chief examines the benefits and drawbacks of various central bank digital currency models, and how they would affect payment systems.

"A central bank digital currency is not simply paper currency in digital form: its adoption would have profound consequences for the U.S. financial system and economy," Baer wrote in a working paper published this month. "It could transform the place of the central bank, and the government more generally, in our society."

Baer's paper comes as the Boston Fed, which is working alongside Massachusetts Institute of Technology (MIT) researchers to develop software that would move, store and settle transactions with digital dollars, said it could unveil some of their work as early as July.

"The project at the Boston Fed with MIT appears to be more focused on the technical question of 'could we,' not necessarily on the policy question of 'should we,'" said Baer, whose trade group represents the nation's largest banks, including JPMorgan Chase, Bank of America and Wells Fargo.

Baer, whose paper explores the costs, benefits and major implications of launching a CBDC, said he thinks there's been plenty of discourse about the technical aspects of CBDC, but not enough comprehensive discussion around policy.

"To the extent that there are discussions, they tend to basically list a bunch of potential benefits with some potential costs, and then sort of be done with it," he said. "You really have to play kind of policy 'whack-a-mole' and sort of look at each issue — both in isolation but then in relation to all the other issues."

But increasing interest on the global stage related to the development of CDBCs is instilling a sense of urgency in some who say the policy debate can wait.

"We think it's important that we not wait for the policy debate because then we'll be a year or so behind," James Cunha, the Boston Fed senior vice president leading the prototype effort, told Bloomberg.

Lawmakers are keeping a close eye on China's launch of a digital yuan, and are wary of the economic implications associated with the nation becoming a global financial leader.

"We cannot be left behind," Senate Banking Committee Chairman Sherrod Brown, D-OH, wrote to Powell last month, urging him to accelerate the research into CBDC, according to Bloomberg.

China, which has been researching a digital yuan since 2014 and has launched pilot projects across the country, plans to allow foreign athletes and visitors to use the digital currency during the Beijing Winter Olympics in 2022, according to CNBC.

China's pursuit of a CBDC poses a threat to the dollar's dominance on the world stage, which raises security risks for the U.S., Josh Lipsky, a director at the Atlantic Council think tank, told The Wall Street Journal.

China isn't the only country with CBDC ambitions. Sweden's central bank said the country could launch its "e-krona" in five years, while the European Central Bank, which plans to release an analysis of CBDC this summer, said it could potentially have its own digital currency within four years.

"It's a technical endeavor as well as a fundamental change," European Central Bank President Christine Lagarde told Bloomberg TV. "We need to make sure that we're not going to break any system, but to enhance the system."

The U.K. on Monday became the latest country to throw its hat in the CBDC ring after Finance Minister Rishi Sunak told a conference the nation is launching an exploratory CBDC taskforce between the Treasury and the Bank of England.

Amid the rising global interest in CBDCs, Federal Reserve Chairman Jerome Powell has indicated the U.S. central bank intends to proceed with caution, and doesn't need to be first.

"We have an obligation to be on the cutting edge of understanding the technological challenges, as well as the potential costs and benefits, of issuing a [central bank digital currency]," Powell said last month at a virtual panel held by the Bank for International Settlements (BIS). "Because we're the world's principal reserve currency, we don't need to rush this project, and we don't need to be first to market."

In an episode that aired last week, Powell told CBS's "60 Minutes," that public and congressional input will be necessary before action on CBDC is taken.

"We have not made a decision to do this because, again, the question is, will this benefit the people that we serve?” Powell said. "And we need to answer that question well. And we need to involve the public and Congress deeply in that process, because it would be an important step if we were to do this."

What remains to be seen is what model the Fed would choose to launch a CBDC, Baer said.

A direct model, which Baer outlines in his paper, would mean the Fed would hold the consumer's account and provide all payment services relating to the use of CBDCs in commerce.

"A necessary consequence of this model would be a reduction in bank deposits as that money moved to a CBDC," he wrote, adding a direct model would also require the central bank to take responsibility for account administration, such as account services, anti-money laundering and know-your-customer monitoring, transaction verification, dispute resolution and provision of mobile banking applications.

For these reasons, most central bankers say a direct model approach would be “unworkable and a dead option,” according to Baer.

The ECB, for example, has acknowledged it has neither the capacity nor the resources to interact directly with potentially hundreds of millions of digital euro users, and plans to use financial intermediaries, such as banks, to provide the front-end services, ECB Executive Board Member Fabio Panetta said in February.

An indirect model that would use intermediaries means consumers would hold their CBDC in a bank account or in a fintech's digital wallet, and the obligation to provide CBDCs on demand would fall to the intermediary rather than the central bank, Baer wrote.

"Left unexplained, however, is why or how a bank would continue to perform those extraordinarily expensive and burdensome agency functions when it no longer received the low-cost funding benefit that comes with carrying a deposit," he wrote.

Intermediaries would also lose the revenue benefit that comes from interchange fees, a core part of the business model of fintechs, which generally partner with banks not subject to price caps on interchange fees, he wrote.

The case for financial inclusion

Treasury Secretary Janet Yellen — Powell's predecessor at the Fed — told a virtual conference last month "it makes sense for central banks to be looking at" issuing a CBDC.

"Too many Americans don't have access to easy payments systems and banking accounts, and I think this is something that a digital dollar, a central bank digital currency, could help with," she said. "It could result in faster, safer and cheaper payments, which I think are important goals."

Retail CBDC accounts should be “a national right” in countries that decide to launch a CBDC, the Atlantic Council argued in a 2020 analysis.

Baer, however, said he's not convinced a CBDC would achieve the financial inclusion goals its proponents say it would — at least not in the U.S.

A 2019 study by the Federal Deposit Insurance Corp. (FDIC) found that 5.4% of U.S. households are unbanked.

"Since a CBDC would come with fewer services than a traditional bank account and no branches, it would seem to offer no attraction to the 6% of respondents who wanted more services or branches," he wrote.

Baer also noted many of the unbanked are wary of engagement with the banking system because they are undocumented or are paid in cash, and fear the bank could report their status or transactions to the government.

"[T]hose people would presumably be more concerned with banking with the government as an additional party," he wrote.

But CBDC proponents argue the speed with which CBDC could be transferred to accounts via direct deposit would be significant for those who live paycheck to paycheck.

ACH transactions can take several days to settle, and for low-income individuals, quicker access to the next paycheck could help eliminate overdraft fees or late rent payments.

The Fed is working, too, on a real-time-payments system and expects FedNow, as it's called, to be up and running by 2023.

The core problem with CBDCs, Baer said, is the potential negative impact on lending.

"I do think there's a general consensus, at least in the analyst community, that a CBDC would inevitably lead to a migration out of bank deposits and into cash — in this case, digital cash, which is bad, not only for banks but also for people who like to borrow money from banks, because those loans are funded by bank deposits,” Baer said.

Lending would decrease in supply and increase in cost as banks paid higher rates to persuade businesses and consumers to hold deposits rather than CBDC, he wrote, adding the effect would be felt by all banks, not just large institutions.

"That's really the core problem with all this, which is, you can't really design a full-throated CBDC without disintermediating the banking sector and increasing the cost and the scarcity of loans," he said. 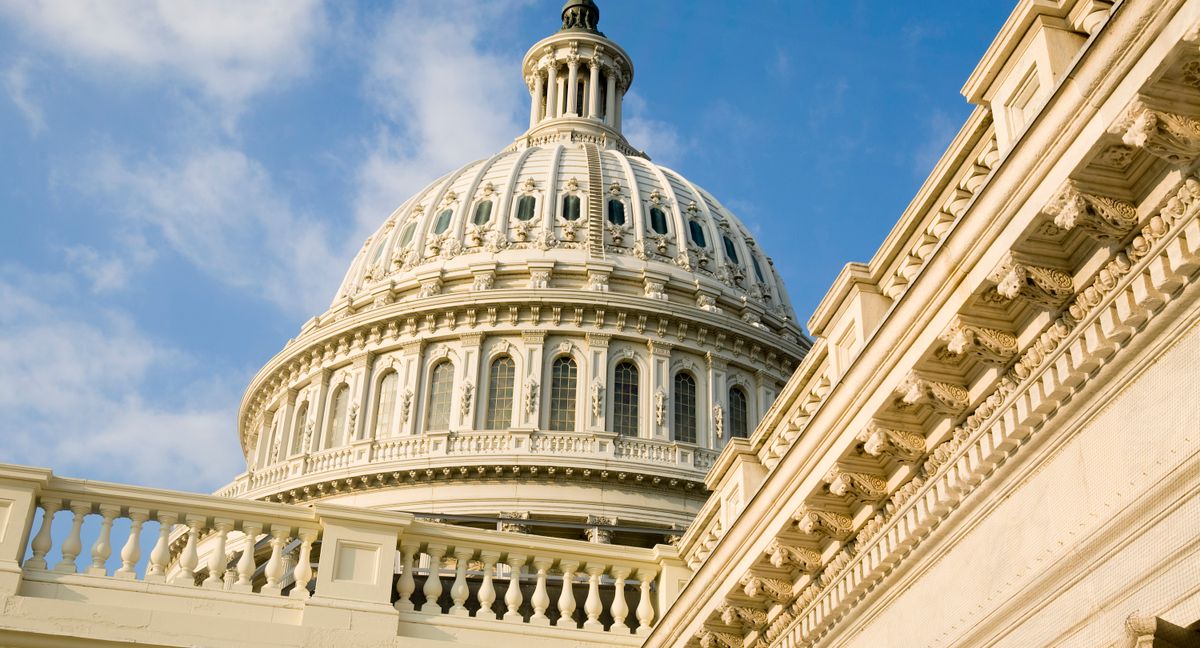 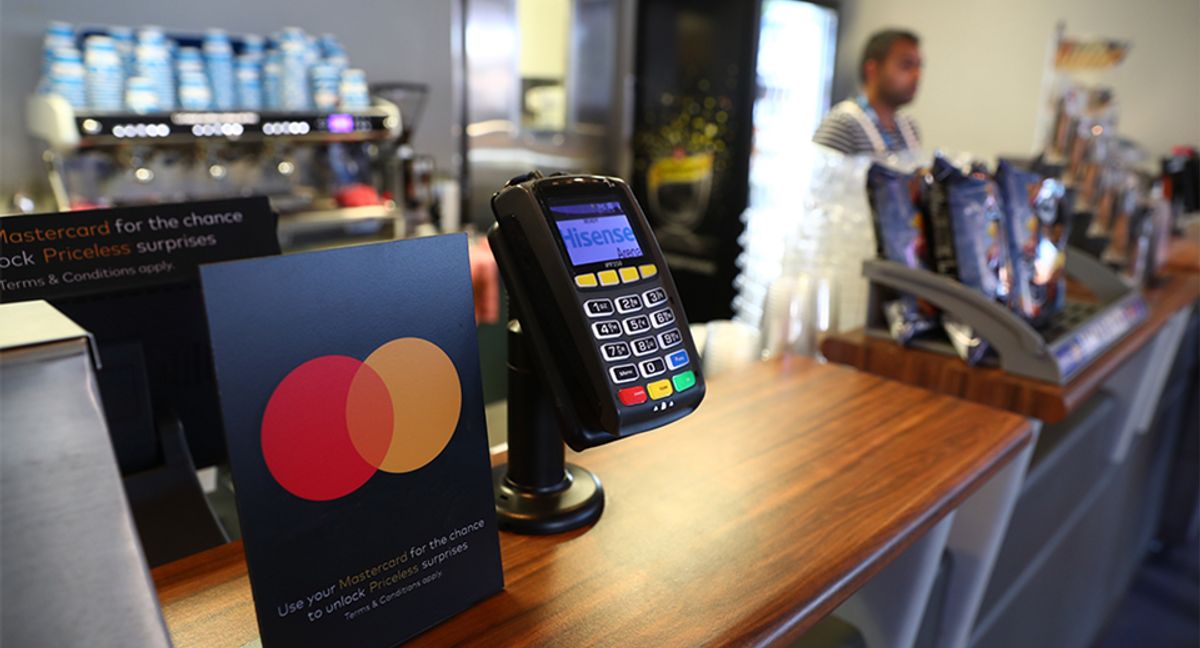 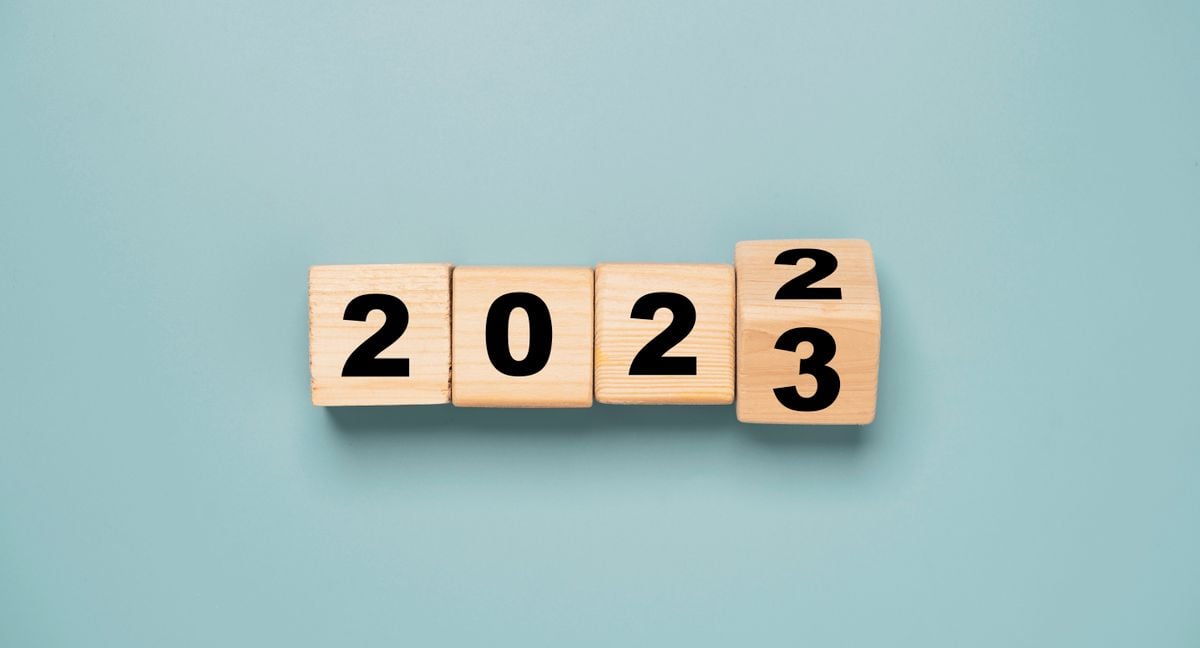