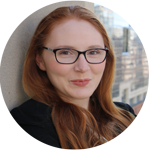 By bringing the Amazon One tool to Whole Foods, Amazon may entice shoppers to head to the grocery chain, which has struggled with foot traffic in the past year.

Since its launch in September, Amazon has added Amazon One to a dozen locations in the Seattle area, including 4-Star, Go, Go Grocery, Amazon Books and a pop-up location. To use Amazon One, consumers can link one or both palms to their credit cards and Amazon Prime accounts.

The expansion of Amazon One adds to Amazon’s growing list of new grocery technology, which includes launching in-garage grocery delivery in five cities last year; Alexa features and the Dash Cart for cashierless shopping at Fresh stores; and Go Grocery’s use of Amazon’s Just Walk Out autonomous checkout technology.

At the start of the pandemic, Whole Foods saw its foot traffic plummet, and the grocery chain is still trying to catch up to its 2019 numbers. Whole Foods is starting to see steady week-over-week bumps in visits, but its total weekly visits were still down nearly 18% at the end of March compared to the same period in 2019, according to the latest report from Placer.ai.