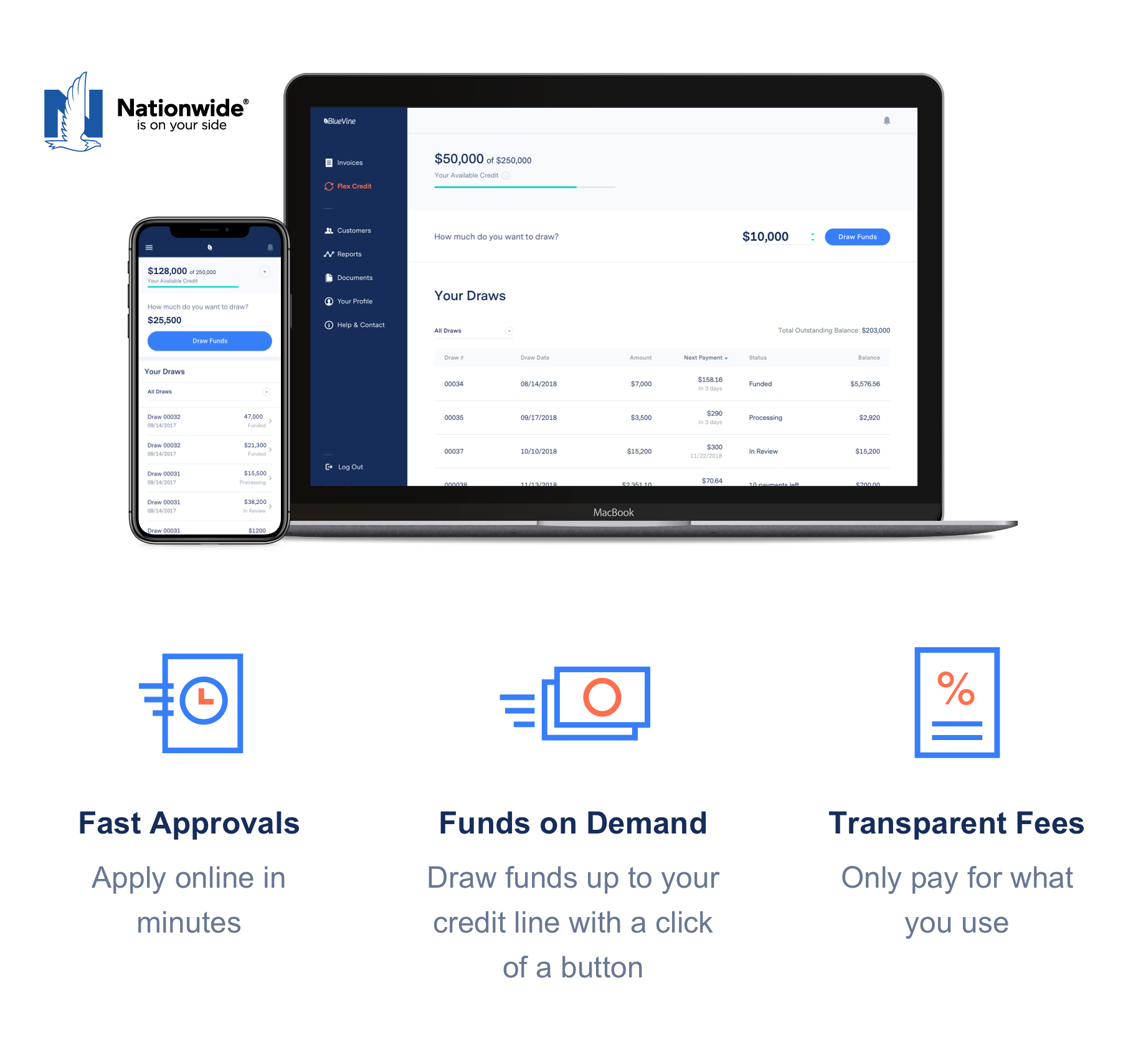 Nationwide will implement BlueVine's online platform for small business loans through its business solutions center. BlueVine offers up to $250,000 in working capital and up to $5 million in invoice factoring.

The platform is designed to render a decision within 10 minutes.

"Helping business owners protect what's most important and plan for a secure financial future is at the core of what we do at Nationwide," company spokesperson David Gilligan said via email.

in 2017, Nationwide announced a $100 million commitment to make a number of investments in insurtech and other technology companies. Last month, the company took a stake in Socotra, a San Francisco-based insurance platform.

Nationwide said In July 2018 that it would open a 31,000 square-foot  innovation center near its Columbus, Ohio, headquarters to help develop new companies. The company said it was about to run out of space at its existing Refinery 191 center and would move those facilities into the new center when it opens in 2019.