Fundbox is planning to extend its B2C credit feature to create an AI-based B2B platform for e-commerce checkout that will allow instant decisions on financing, according to company officials. 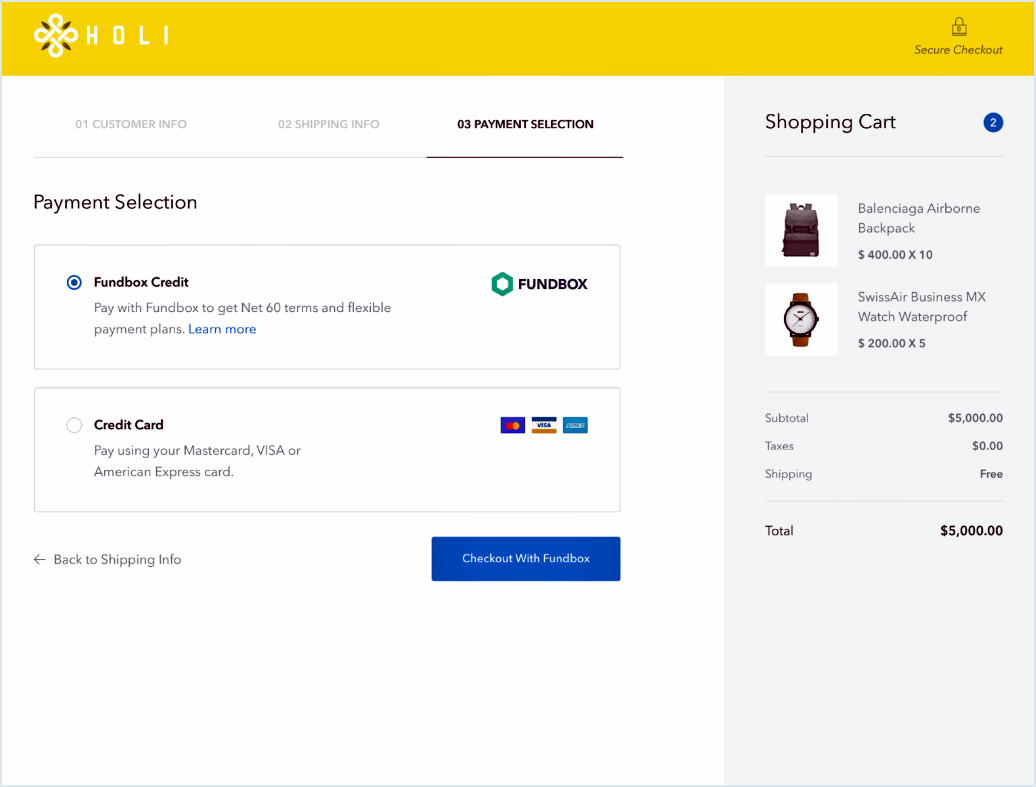 The company cited data showing that the average medium-size company has 24 percent of monthly revenue tied up in accounts receivable or trade credit.

"Fundbox has a legacy of creating breakthrough solutions for businesses in the U.S.," said Prashant Fuloria, COO of Fundbox, said in an announcement. "With checkout capabilities for Fundbox Pay customers now have more ways than ever to tap into their Fundbox credit, and partners have new ways to contextualize access to credit in their workflows."

The company has raised $140 million since it was founded in 2013. Investors include Khosla Ventures, General Catalyst, Spark Growth Capital and Amazon's Jeff Bezos..

Fundbox has been testing the platform with a California-based toy marketplace called Fitzroy.

"The woman who built this company had this marketplace of toys and gifts and so on," said Fuloria, in an interview. "The missing link was credit."

He said the firm typically worked with brands and buyers that were mom and pop retailers or small chains with five or 10 stores. Before working with Fundbox the prime approach for small retailers handling transactions was through Stripe.