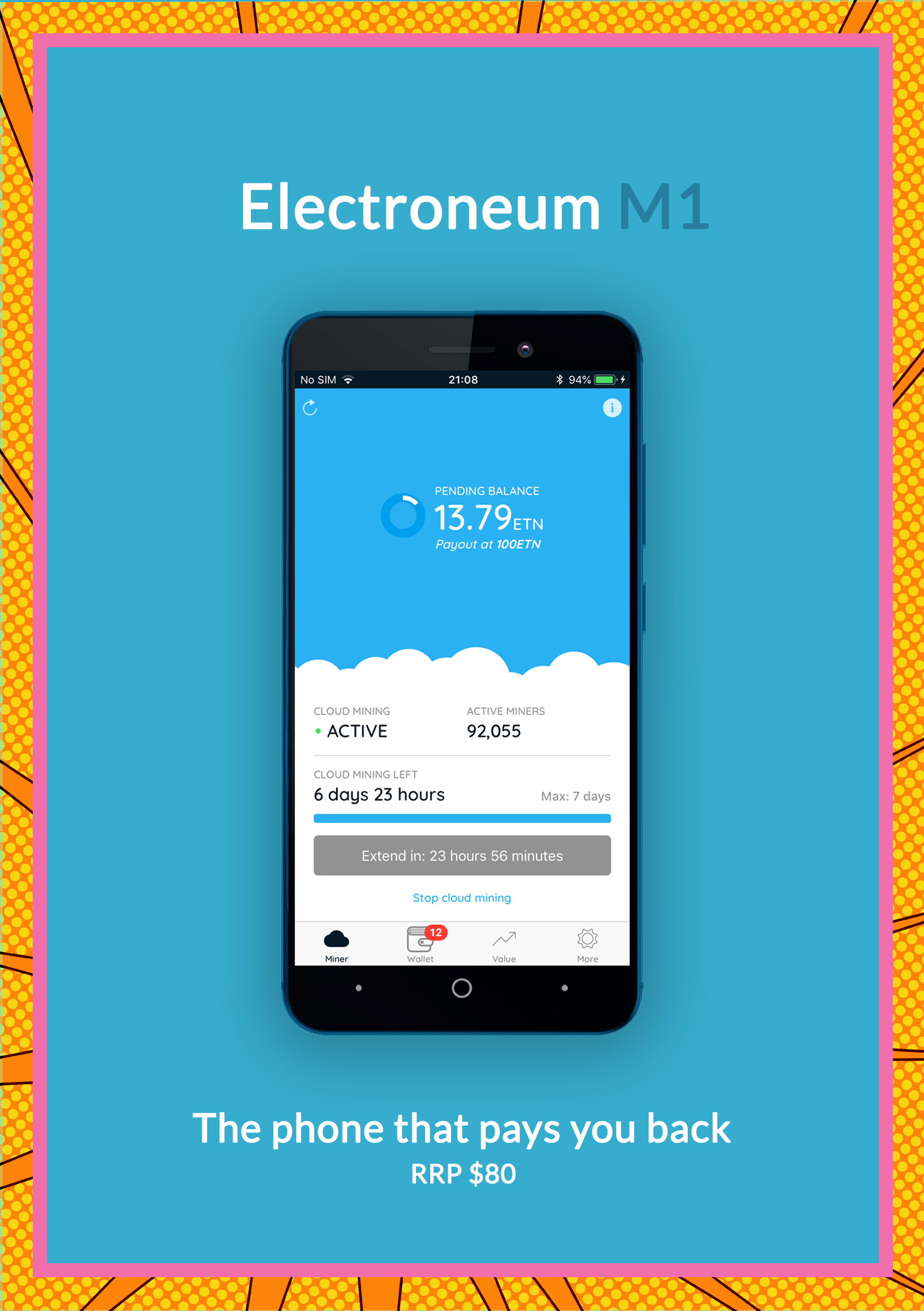 Electroneum, a London-based crypto firm, has introduced the M1, a low-cost smartphone that uses blockchain technology to pay users in the developing world for using the service.

The M1 will launch initially in South Africa, according to a press release

The device, which will sell for $80, employs the company’s cloud-based mining technology to let users earn Electroneum through a mobile app. The ETN cryptocurrency can then be used to top up the device, to make purchases or to pay for other online services.

"The M1 is a mass adoption phone for the developing world, those countries whose citizens will benefit most from our monthly $3 rewards," Conor Doyle, Electroneum head of marketing, told Mobile Payments Today via email.

The M1 will be sold by local vendors and through Amazon, he said.

The 4G device is a Google GMS-certified smartphone; Electroneum aims to sell the device at a $60 price point in some markets, Doyle said.