The number of card-accepting merchant locations worldwide grew 15 percent in 2015 to 54 million, research and consulting firm RBR says in a new report.

According to "Global Payment Cards Data and Forecasts to 2021," the rapid expansion was largely a result of the continuation of impressive growth in China, the world's largest card market, where the number of card-accepting outlets rose 39 percent in 2015. 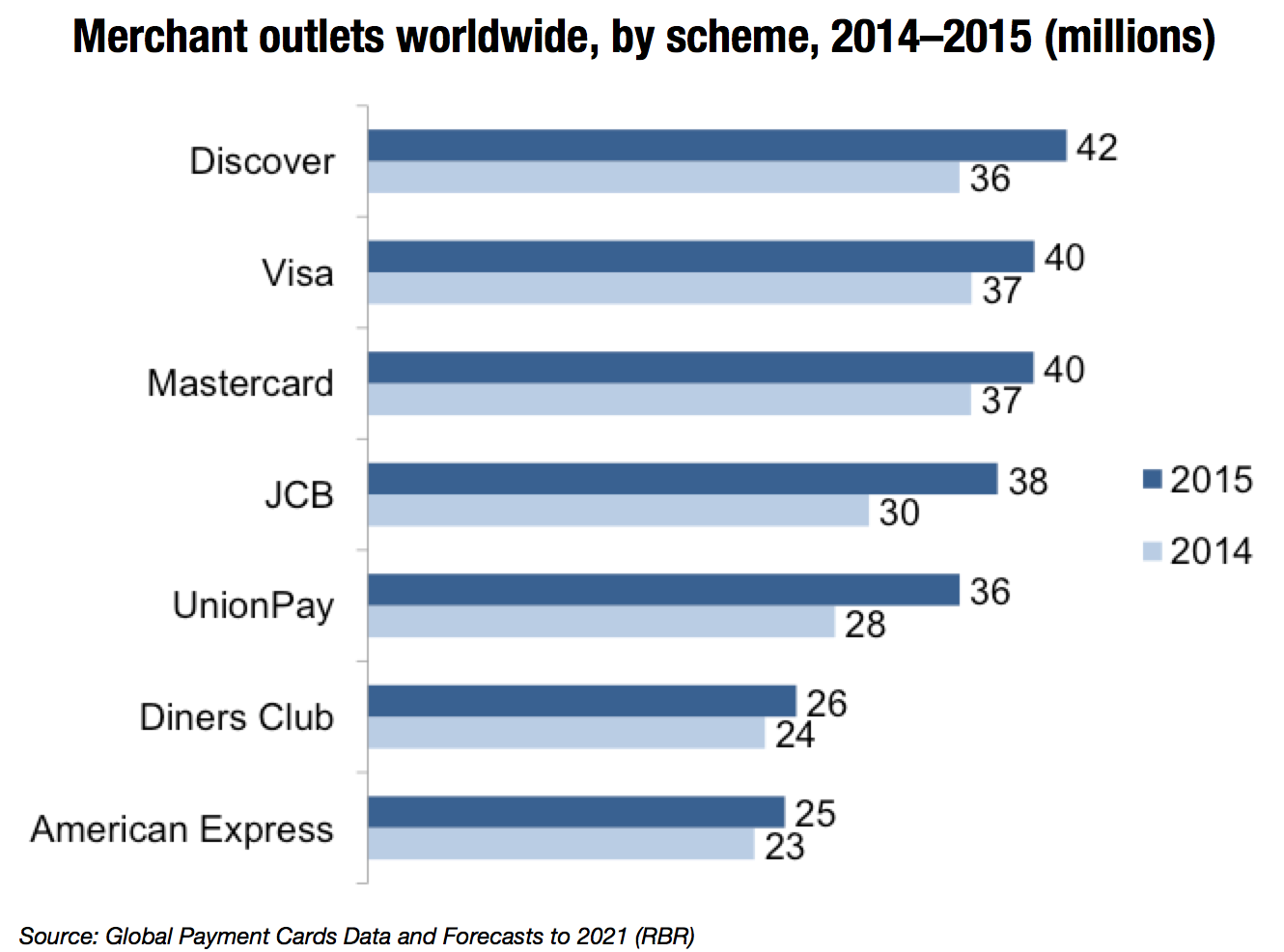 Also in 2015, Discover overtook Visa and Mastercard to become the most widely accepted scheme globally. Again, the cause was strong growth in China, where the brand enjoys universal acceptance thanks to a network-to-network agreement with UnionPay.

Discover was accepted at 42 million merchant outlets worldwide at the end of 2015, up 18 percent compared with 2014. Visa and Mastercard, which have lower acceptance in China, were accepted at 40 million outlets, an increase of 10 percent on the previous year.

UnionPay and JCB also saw strong growth, increasing their number of outlets 27 percent and 26 percent, respectively. Once more, growth was largely in the Chinese market, where JCB, like Discover, has a network agreement in place with UnionPay.

If China is excluded, the picture is quite different. Visa and Mastercard are accepted at 96 percent and 95 percent of non-Chinese outlets respectively (75 percent each worldwide); this compares to only 69 percent for Discover (79 percent worldwide).